Russian black-and-white film about the bloody suppression of a workers' strike.

Lyuda is a local party official in Novocherkassk, a city in the south of the Soviet Union. She is a loyal communist who fought for Stalin’s ideology during the Second World War. When a workers’ strike in the local factory threatens, Lyuda argues for a crackdown to quell the resistance. But the demonstration is inevitable and her rebellious daughter also sides with the workers. A bloodbath ensues after which Lyuda comes to the gruesome realisation that her daughter may have been killed. Her world view changes.

Dear Comrades is set in the Soviet Union in 1962, in the time of Khrushchev, when a workers’ strike was crushed in a bloody fashion. A history that was covered up for years. The film, shot in beautiful black and white, was awarded the special jury prize at the Venice Film Festival. 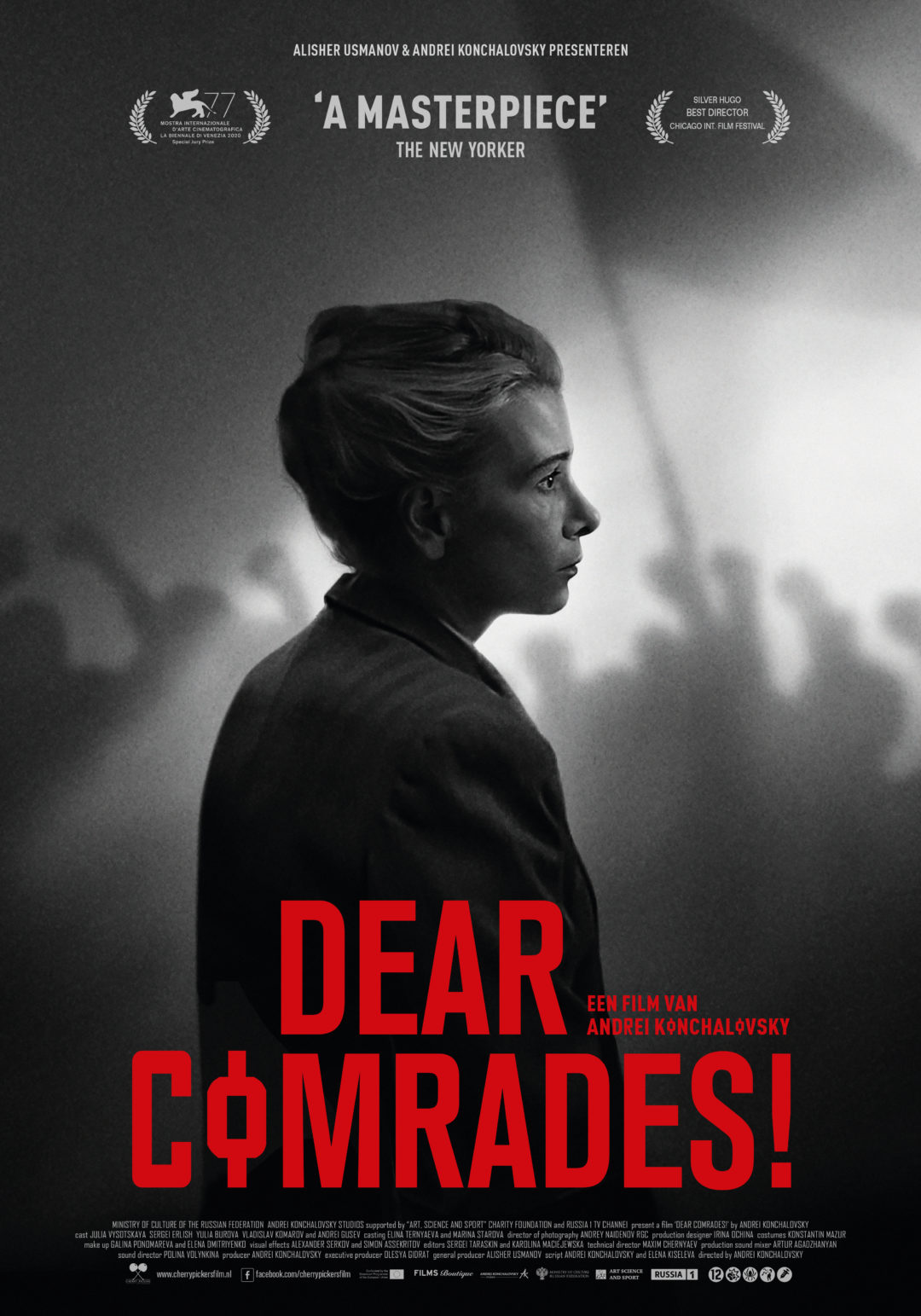