What do you get when you cross Fellini with X-Men? Freaks Out, spectacle cinema from Italy, about a bunch of circus performers left orphaned in 1943 Rome when their ringmaster mysteriously disappears. As Cencio (an insect whisperer), Mario (magnetic powers), Fulvio (hairy primal) and Matilde (electricity conductor) try to flee the Nazi-occupied city, they are chased by a twelve-fingered pianist who can travel through time. Because these ‘freaks’ could come in handy to the Third Reich.

Weird, to be sure. Touching and funny too. Add the magnificent art direction and sets and you have a 0nforgettable dark fairy tale that won the audience award at last year’s International Film Festival Rotterdam. 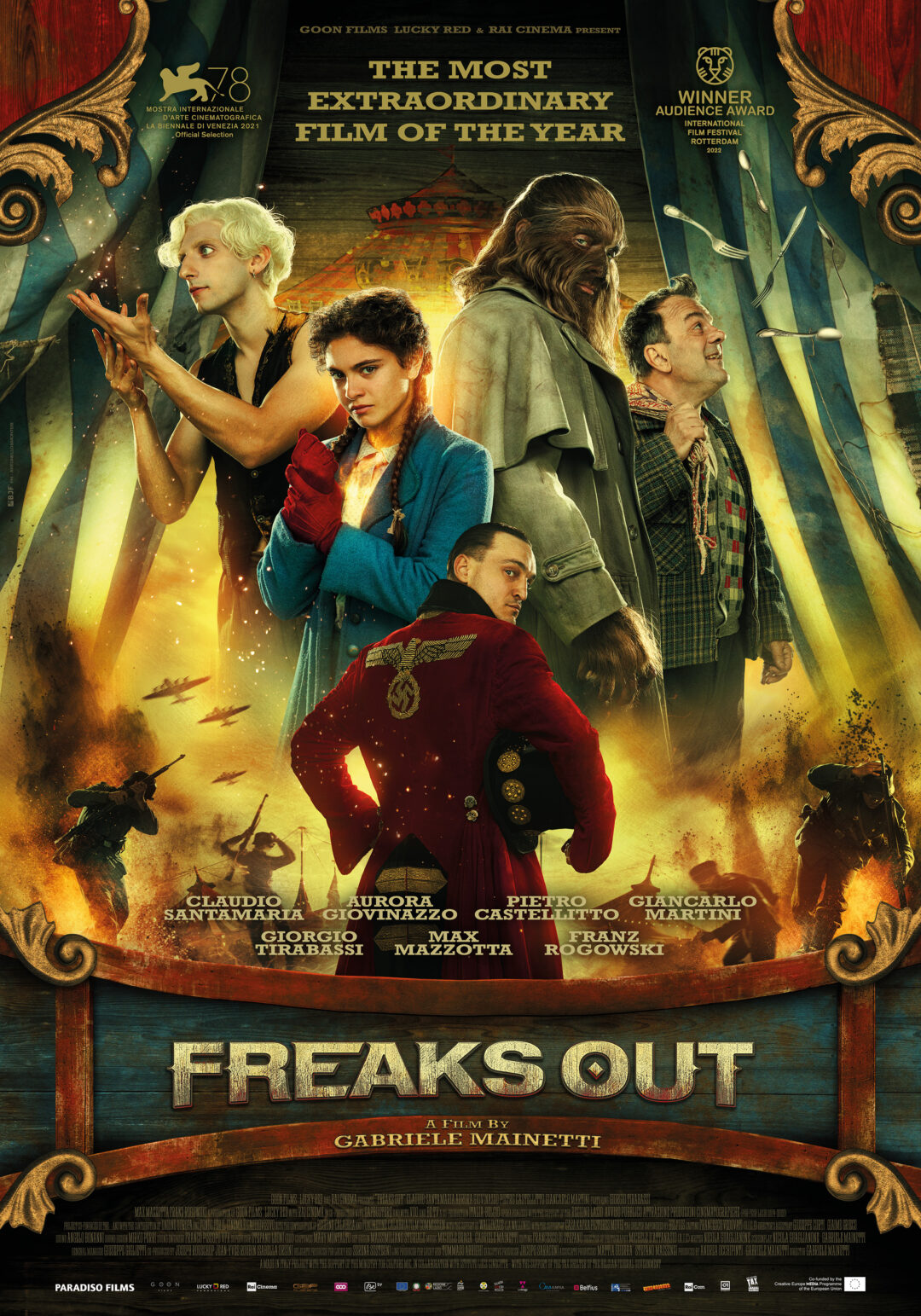