Penetrating portrait that builds a bridge between the Islamic revolution in Iran and a contemporary life in The Netherlands.

Mitra tells the story of a mother who finds herself in an unlikely situation. The film builds a bridge between the Islamic revolution in Iran and her present-day life in the Netherlands. Can she ever leave history behind? 37 years after her daughter Mitra was murdered in Iran, Haleh (Jasmin Tabatabai) now leads a successful but quiet life in the Netherlands. Everything is turned upside down when Leyla, Mitra’s betrayer, is suspected. The woman has only recently moved to Holland and is now a loving mother herself. She does not seem to recognise Haleh; is this Leyla? With the help of her brother Mohsen (Mohsen Namjoo), Haleh tries to find out the truth.

Director Kaweh Modiri based the film and the book of the same name on the life of his own mother. The story crosses borders and generations, from the politically turbulent eighties in Iran to contemporary Europe – a Europe that often seems calm and quiet, but in which countless suppressed stories live. Mitra was selected for IFFR’s Limelight programme and for Movies that Matter’s Grand Jury Fiction competition. 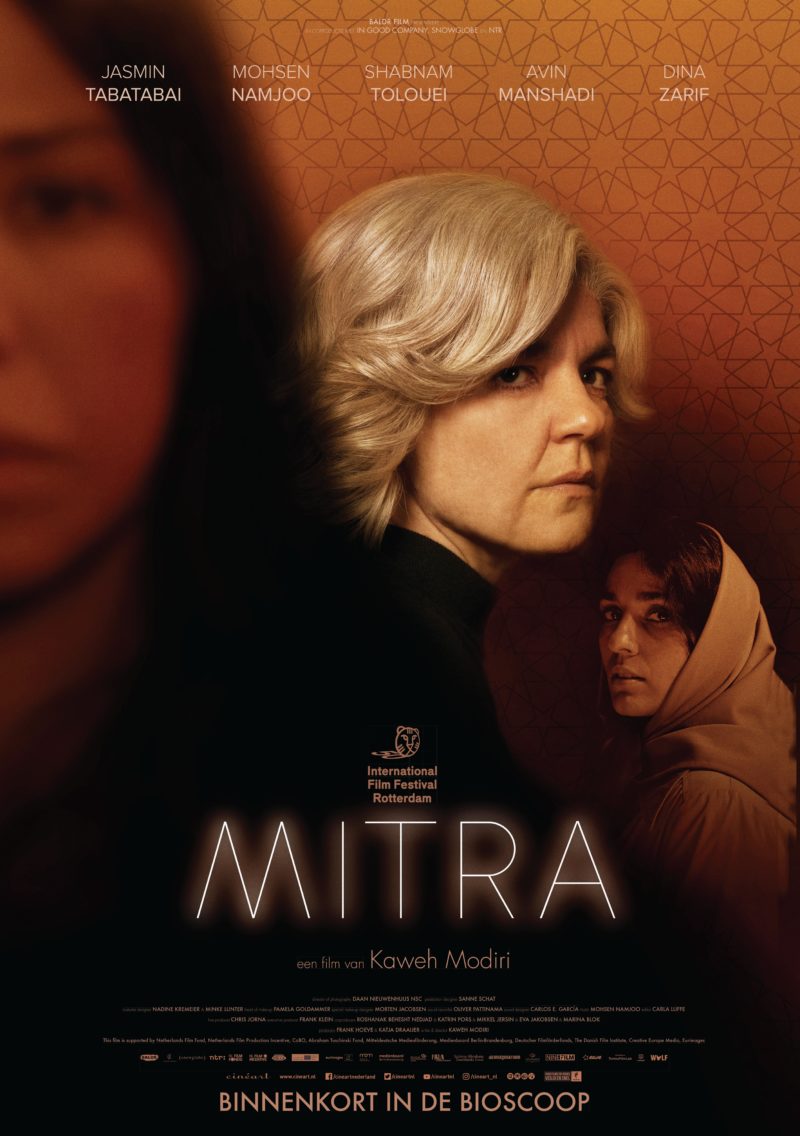